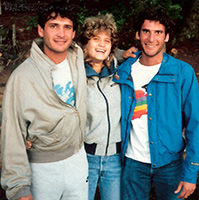 Born in Princeton, NJ in 1965 Amy Adina was the youngest child, the daughter of Mel and Ruth Schulman and spoiled sister of her older brothers, Dan and Joel.  She attended Princeton public schools, became a Bat Mitzvah and later had her Confirmation at The Jewish Center of Princeton.  Planning to spend a gap year in Israel, she graduated a semester early from Princeton High School and immediately matriculated to Rutgers University where she pursued her interest in the biological sciences, expecting to major in neuropsychology.  At this time she stopped using her first name, Amy, choosing to call herself by her middle name, the Hebrew name, Adina. 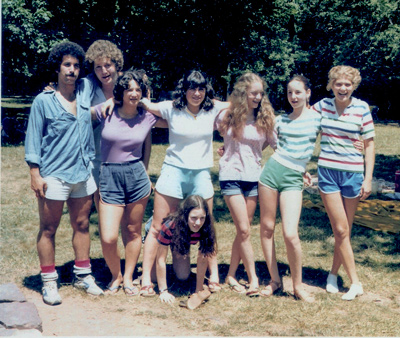 It was her ten-year involvement with Habonim-Dror, the Progressive Labor Zionist Youth Movement that shaped and molded her social consciousness, her commitment to peace and civil rights, a concern for the underprivileged, and a respect for the humanity of those who are different.  These values were developed in the Movement’s summer Camp Galil and its year-long program. Amy Adina matured from a camper in the youngest group, to a counselor-in-training,  a counselor, and then head of the camp’s arts and crafts specialty.  She was active in the local Princeton-Trenton-Bucks County ken (chapter), and the Delaware Valley Executive Committee. Amy Adina participated in Habonim-Dror’s Workshop program in Israel, living on Kibbutz Gesher HaZiv for the the 1984-85 academic year. During that time she was elected to serve as the Workshop group’s Sadranit Avodah, work coordinator on the kibbutz.

Adina resumed her studies at Rutgers during 1985-86 and helped to organize a Progressive Zionist Caucus (PZC) chapter at the university.  She became a member of the Mazkirut, the national governing body of Habonim, and returned to the kibbutz in the summer of 1986. In September 1986 she co-founded and lived in a cooperative housing unit (the Bayit) at Rutgers. 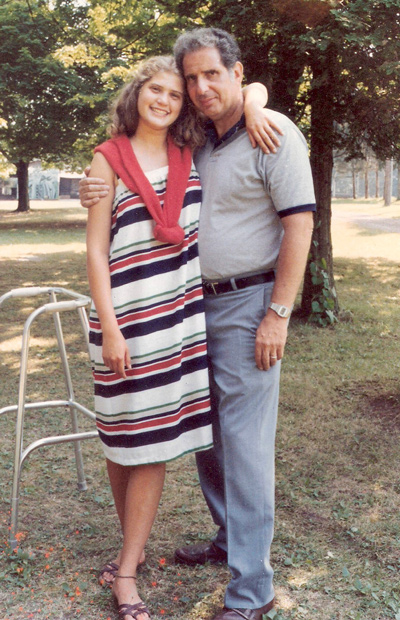 Adina came home to celebrate the High Holidays that fall. While walking home with her Mom and Dad after Services, she was singing and pirouetting to a melody the rabbi had woven through the service, teaching them the Hebrew words to the melody:
Kol ha-Olam Kulo,   Gesher Tzar Ma’od(2),  V’ha-Ekar(2)   Lo L’Fa-ched Klal.
All the world is a narrow bridge, a narrow bridge,  but the main thing, the main thing is not to fear.

On November 11, 1986 there was an unexpected random event, an aneurysm burst, and Adina died suddenly at age 20.  Her parting message, to reach out and live life to its fullest, somehow brings us back to hope and to a future.  Her dream of Tikkun Olam, the repair of the world, left for us to fulfill.

In her Own Words

“After college I look forward to the possibility of joining the Peace Corps where my strengths and interests would be challenged.  I feel a personal responsibility to help those less fortunate than myself, and responsibility takes more than money:  it requires time and energy.  I hope to eventually pursue a career involving people, helping them to understand themselves and their particular biological, economic, and cultural influences.  I also hope to get married and raise a family.  I would like my children to be concerned individuals continuing to try to make the world a better place for all.” – ​From a recently discovered essay written by Amy Adina the year before she died.